Welcome to the third edition of our round-up of renewable and solar energy industry news. As experienced experts in renewable energy site security, we keep up to date with the latest news and updates.

Through dedication to customer care, technical expertise and attention to detail, we have built up a considerable footprint in the industry.

To date, we have installed and upgraded dozens of CCTV and perimeter protection systems across numerous solar farms. In addition to this, we are often the go-to company for many solar O&M and EPC companies looking for a trusted supplier to carry out technical audits on the sites they manage.

Each month, we source and curate a range of solar and renewable industry news.

If you missed the last edition, you can find it here.

Let’s get started with the third edition.

A farm in Barkham could be in for a massive change if plans go ahead to convert it into a solar farm.

Wokingham Borough Council has submitted plans to transform Barkham Farms into a solar energy farm, which it hopes will serve over 7,000 homes and businesses.

The farmland, off Barkham Ride, located between Barkham, Finchampstead and Arborfield Garrison is currently being used by a tenant farmer for crops and cattle farming.

Rhian Hayes, interim assistant director for housing and place at Wokingham Borough Council has hailed the scheme as a key facet of the council’s plans to reduce carbon emissions and invest in renewable energy.

“Generating renewable solar power in the borough not only contributes towards reducing carbon emissions needed to power local homes but also demonstrates that we are committed to seeing this happen and to creating a better future for all.”

A solar farm the size of 125 football pitches is proposed to be built on rural land north of Canterbury.

Located between Hoath and Chislet, the sprawling site would become the district’s biggest solar park, if given the go-ahead.

Enso Energy, one of the UK’s largest renewable energy developers, is the firm behind the large-scale scheme, which would stretch across 250 acres of farmland.

The project is still in its very early stages, so the company says it cannot yet say how many thousands of panels will be installed, or how many homes will be powered as a result.

Ian Harding and Andrew King, two directors at the renewable energy firm, said: “We are in the early stages of developing our proposals for the solar farm.

“Our ambition is to use the latest solar technology to respond to the climate emergency recently declared by the council.”

A CONSULTATION is underway to ask people what they think of plans for a large scale solar farm near Darlington.

Lightrock Power is proposing a solar farm at Whinfield and High Grange Farms, north of Brafferton, which it says could provide enough electricity to power the equivalent of 9,900 homes or charge 12,500 electric vehicles every year.

The company, which approached Darlington Borough Council for planning guidance last year, says it plans to submit an application this summer.

Chris Sowerbutts, founder and director at Lightrock said: “This is an excellent site for solar; it gets lots of sunshine, is well screened, and has good access.

“We’re also really pleased that we can connect on site to the local electricity network, meaning minimum disruption to the local community.

“The Whinfield Solar Farm will help the UK meet its 2050 net zero targets.”

Plans Lodged for New Solar Farm Next to Gwent Levels

PLANS have been lodged by Newport council for a new solar farm next to the Gwent Levels.

If approved, a 2.37MW solar farm will be built on land to the west of Dock Way recycling centre.

The land, which is currently used for agricultural purposes, could be used “temporarily” as a solar farm for a period of 35 years, according to the planning application.

The access statement says: “The proposal is likely to generate a total of 55 construction and delivery vehicle trips (110 two -way trips) during the most intensive phase of construction.

PLANS have been lodged by Newport council for a new solar farm next to the Gwent Levels.

If approved, a 2.37MW solar farm will be built on land to the west of Dock Way recycling centre.

The land, which is currently used for agricultural purposes,https://t.co/wrDOLxY9zt pic.twitter.com/6sHAvVBQdf

“An IPO of Foresight will support our growth strategy which involves developing our existing platform, making further acquisitions, and expanding and diversifying both geographically and into new areas of sustainable investment,” said Bernard Fairman, executive chairman and co-founder of Foresight Group.

Scottish Power has submitted plans to build the UK’s largest renewables-powered hydrogen plant in the outskirts of Glasgow.

The 20mW plant, known as an electrolyser, will generate hydrogen from water and be powered by wind, solar and battery energy power. It could supply hydrogen to the commercial market before 2023, according to Scottish Power.

It submitted the planning application as a member of the Green Hydrogen for Scotland partnership between itself, BOC and ITM Power.

Britain’s solar developers and installers reckon the nation is on track to install 1GWp of new clean PV power capacity this year.

Solar Energy UK chief executive Chris Hewett said, “The UK solar industry is going from strength to strength. Great Britain had its cleanest ever grid electricity over the Easter Weekend, with solar providing 21% of generation at one point.”

Johnson & Johnson Vision, the manufacturer of ACUVUE contact lenses, has signed a ten-year power purchase agreement (PPA) with a solar farm to cover 100% of the electricity consumption of its headquarters.

The deal is between Johnson & Johnson Vision and JEA – a community-owned utility provider located in the same town as the corporate’s headquarters, Jacksonville, Florida.

We look forward to publishing our 4th edition next month. In the meantime, you can follow us on social media via: 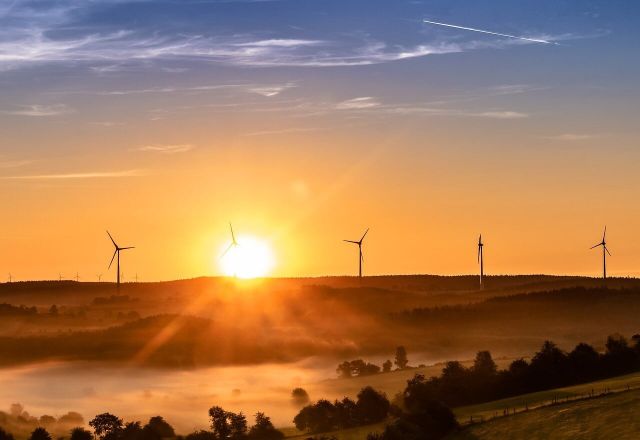 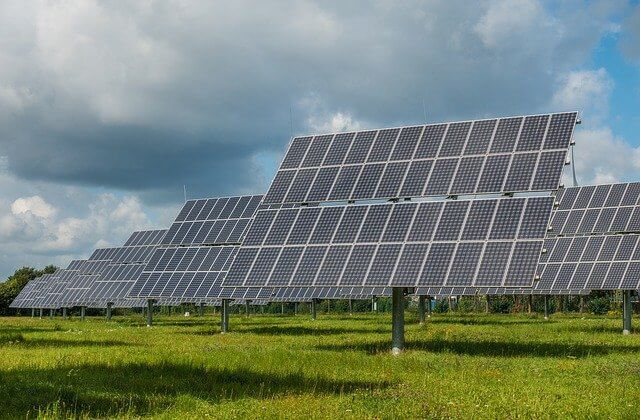