Upon reviewing the existing commercial CCTV system in place, our client knew it was very basic and needed upgrading.

What was the impact on their business?

Our customer had several vehicles stolen and the old CCTV surveillance cameras did not provide the footage quality required to identify the perpetrator(s).

The client needed a CCTV system that not only provided full HD video quality but would also notify the staff out of hours if a person entered the car park of the site. 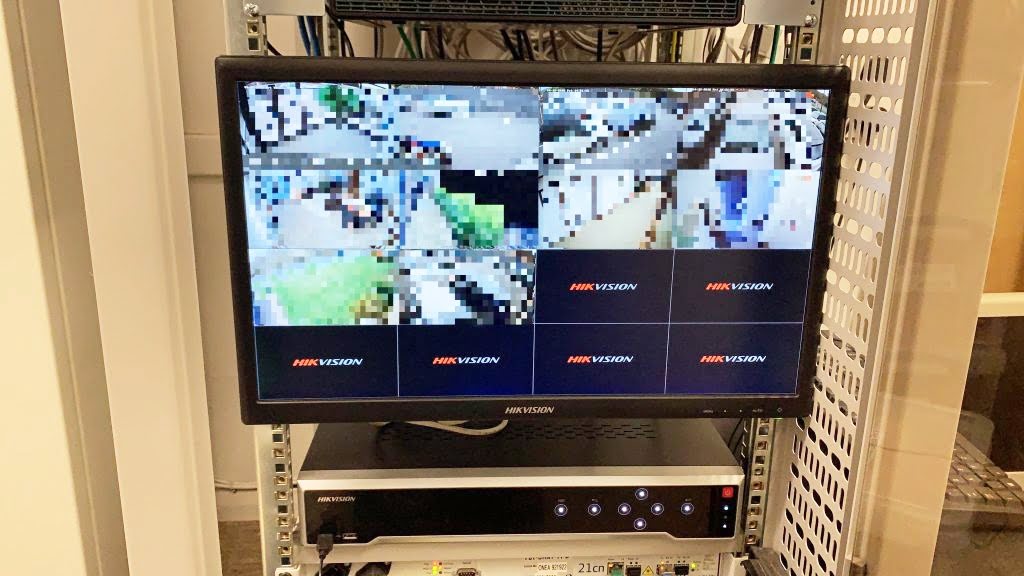 After a meeting with the office manager, and conducting a CCTV systems assessment, we identified two key concerns.

Based on these findings a new CCTV system needed to be designed and installed.

In addition to upgrading the cameras to full HD capabilities, the customer desired a system that would notify them of potential intruders and thieves. If a person enters the car park a 7 second video clip would be sent to the staff’s smart devices (phones, tablets).

The new CCTV system was integrated with external Passive Infra-Red (PIR) detectors. When the PIR detector picks up movement the system sends a snapshot & video clip of the relevant camera to staff. 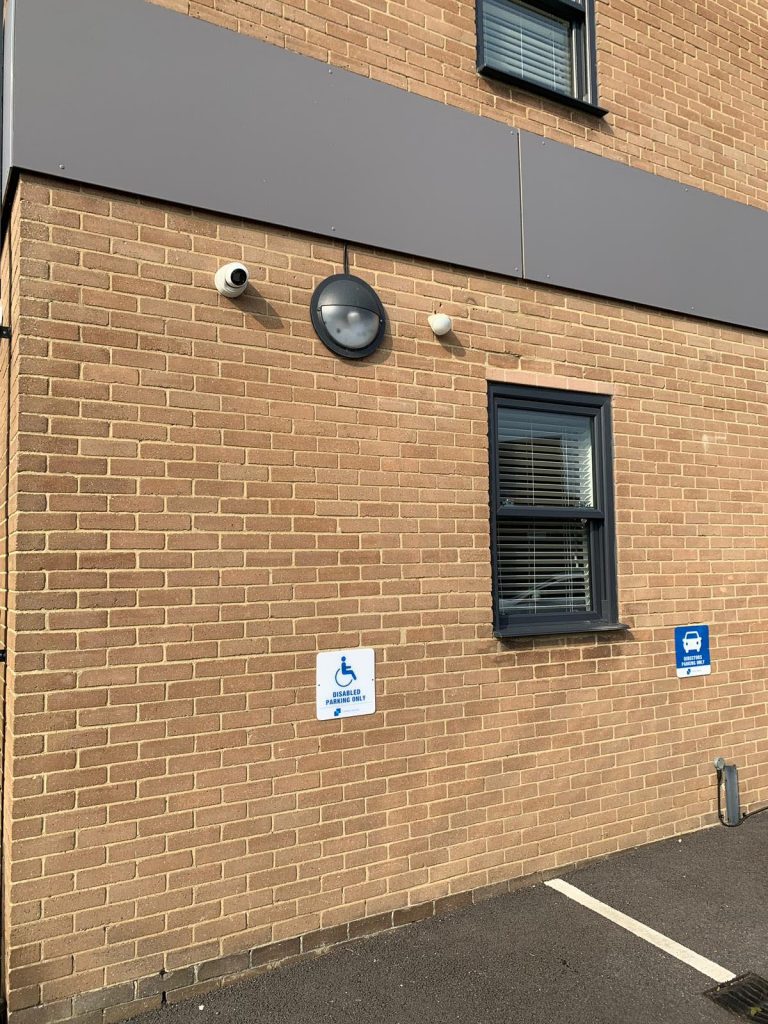 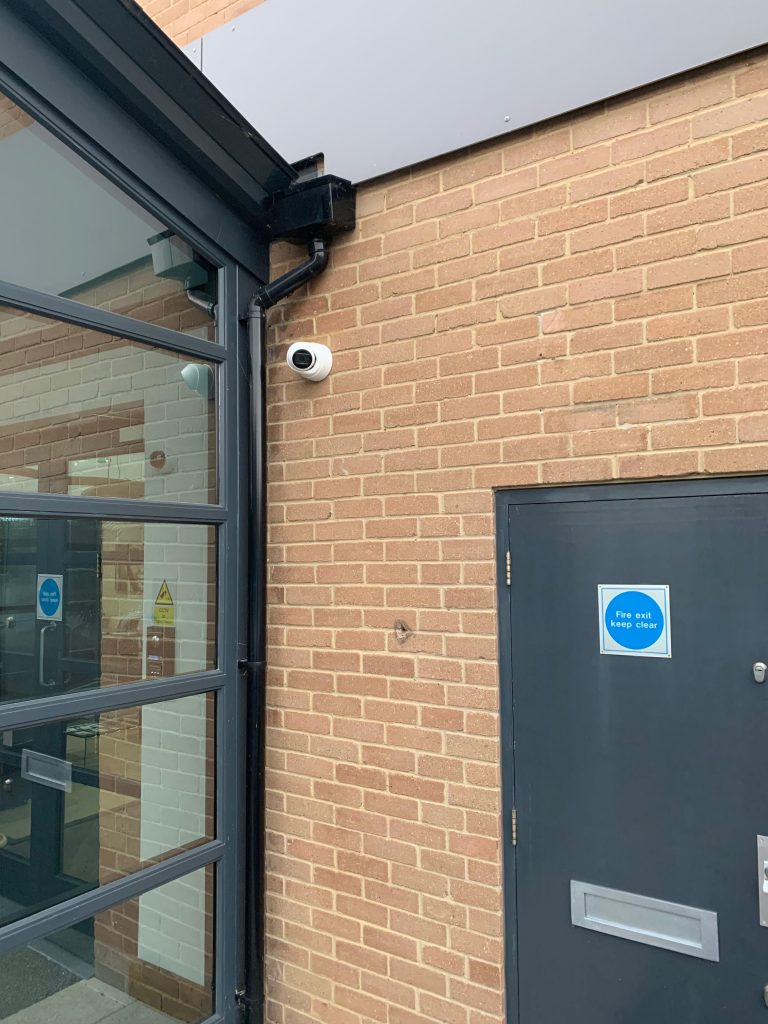 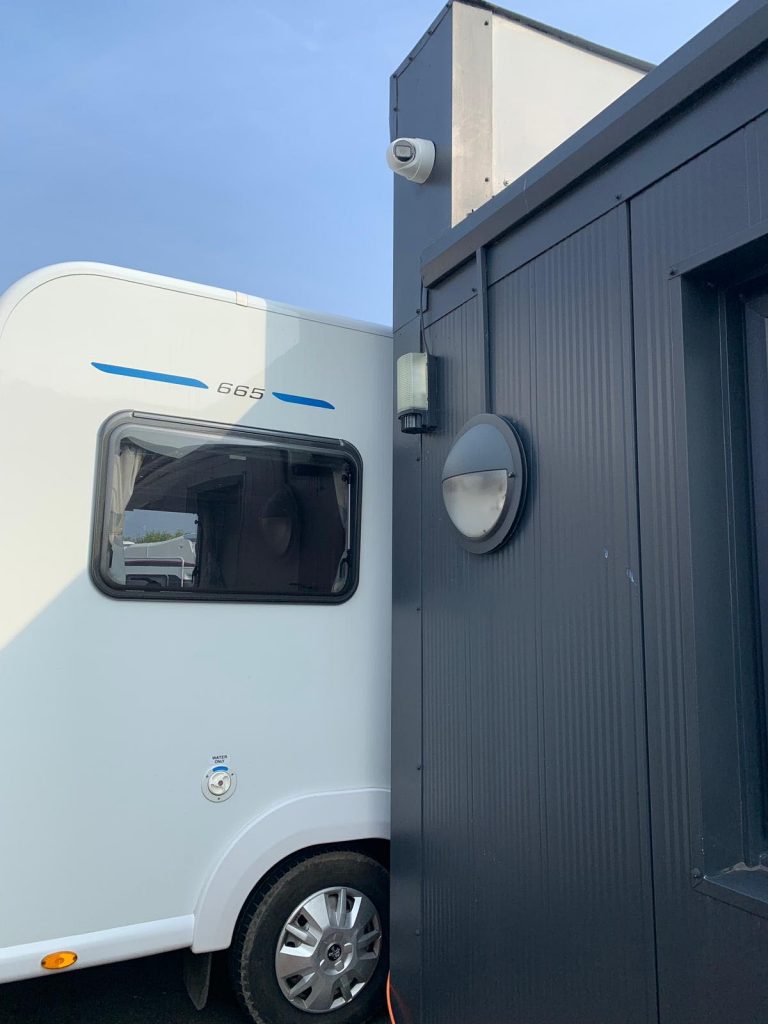 The customers’ fleet of vehicles is protected from theft. The site is secure, and protected from intruders, and trespassers.  They have peace of mind and the ability to catch and deter potential criminals.

The business owner now has the confidence they have a security system in place that is fit-for-purpose and meets all security objectives. 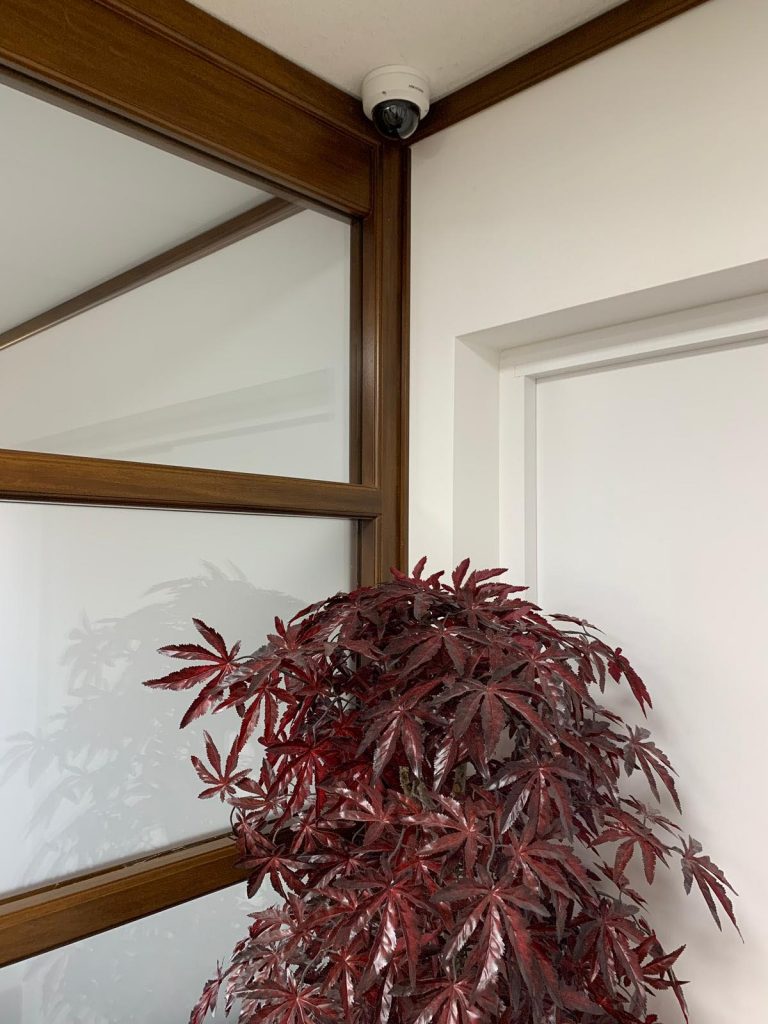 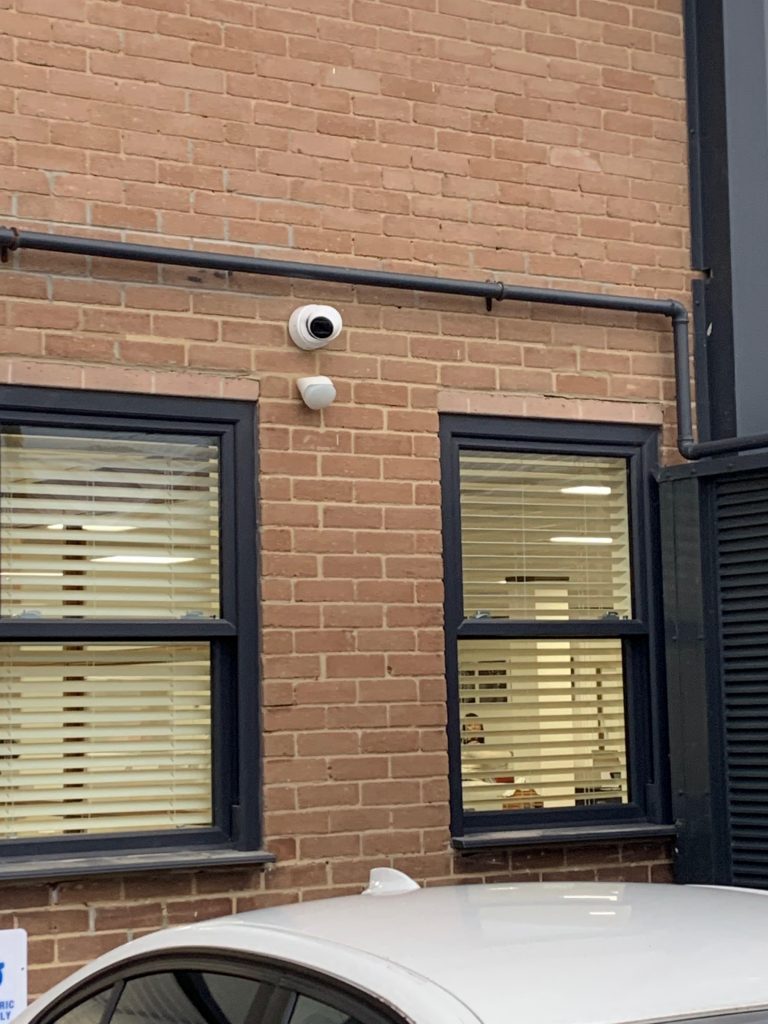 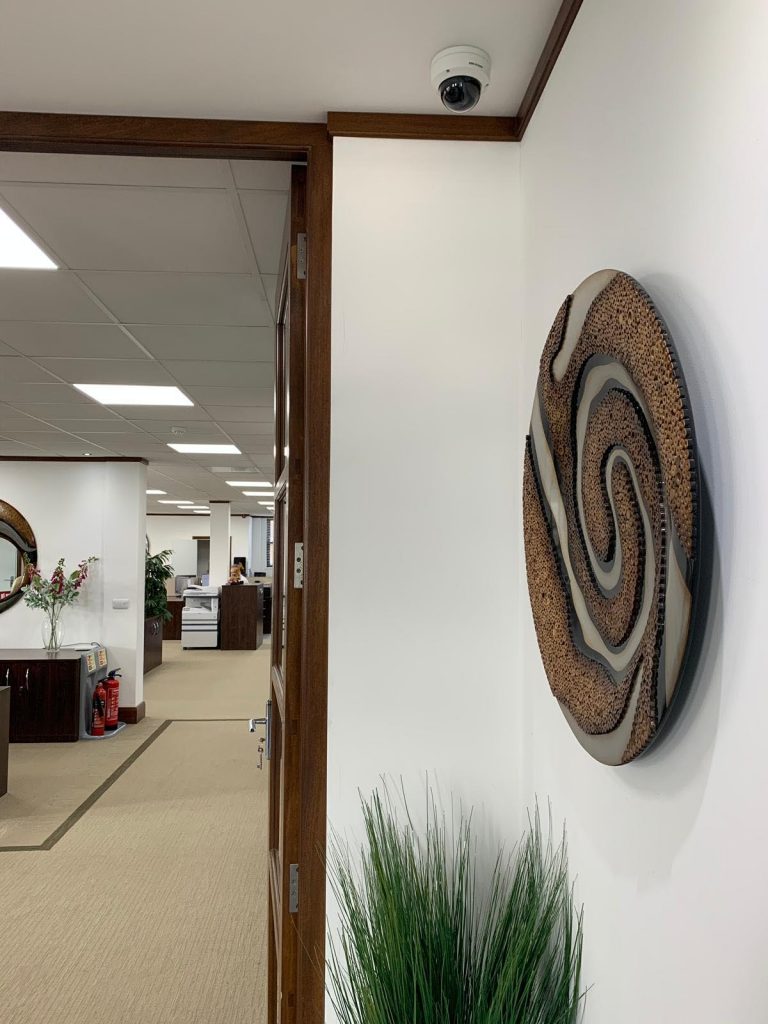 Looking to start a commercial CCTV project - talk to an expert today!

I needed to upgrade the CCTV system at my premises after a series of attempted break-ins. My site is a rural location with a lot of outbuildings.
After being caught short In the installation of my original system with regards to the standard of install and the cost I carried out a bit of research into what system would be best for my site so I had some kind of idea before contacting professionals for quotes. The end product was far superior to what my original idea of what I wanted was and their installation was low-key and unobtrusive.

I chose Safeguard in Swindon recently to retrofit a Victorian cottage with CCTV - no small job owing to the construction of the building. I was very impressed with the skill with which the techs installed the necessary cable runs, once finished their work was almost invisible! The quite advanced pro-grade camera system has required a certain amount of follow up support to train me how to use it properly and I have found them to be patient and very helpful...as was necessary.

Chris and the team are fantastic, we had them in at work to upgrade the office security, install CCTV and alarms at a new facility and now they have done my home. The job was done quickly and to an extremely high standard. Would recommend to any and all, and I have.

We used Safeguard Systems to have a video entry system added to our GP Surgery entrances. They were so helpful from our initial site survey right through to installation and handover. A pleasure to deal with and would highly recommend.

We have worked with Safeguard Systems on a range of security projects covering commercial IP CCTV, access control and door entry systems. They are professional, flexible and meet deadlines. Highly recommended!

Steve and the team are a partner we require services from on a regular basis, they are both cost-effective and efficient to deal with and I would highly recommend them to anyone who requires assistance or support with CCTV or access control requirements.

I couldn't be happier with the team at Safeguard Systems. I've worked with them on several projects before and I wouldn't go anywhere else for a quality security system installation. Our client, a high-end hair salon required a full studio design and fit-out along with a highly effective CCTV system to help protect and watch over their premises.

We are a trustee organisation responsible for a recreational facility and its associated pavilions and buildings. We approached Safeguard systems to upgrade our security CCTV systems. The customer experience has been first class from start to finish - Steve provided expert advice which was supported by a detailed quote delivered ahead of time. The installation and follow up service has been first class, with a special mention to Jordan.

Safeguard Systems fitted a complete camera and intruder beam system for my storage compound, started the job very quickly and explained what was possible clearly. Really happy with the system because i can access the cameras on my phone from anywhere which is a big help, and I've had no reliability issues either. Steve and Chris were very nice and professional. Will be using them again to extend the compound shortly.

I got in touch with Safeguard Systems to help secure our warehouse unit with an intruder alarm and CCTV system. They were incredibly helpful and came out to conduct a survey on our premises when others just wanted to provide a quote over the phone.

To leave an enquiry, simply leave your full name, email address, and telephone number along with your requirements and one of our experienced security professionals will be in touch promptly to discuss your requirements.

Alternatively, call us now on the number below to speak to a commercial CCTV specialist.

Back to Case Studies 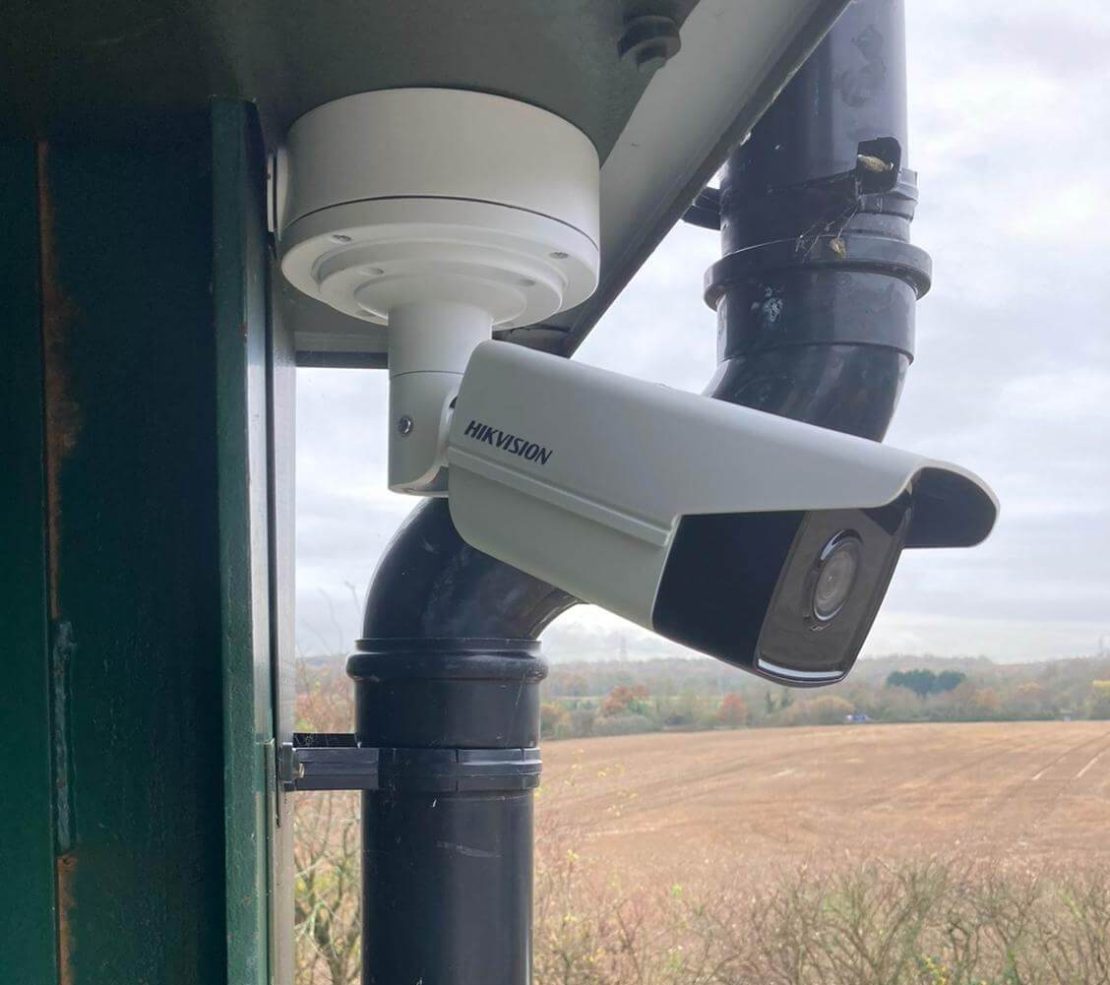 Read our industrial CCTV surveillance case study covering how we protected this industrial site from a range of security threats. Industrial sites are often targeted by criminals due to the 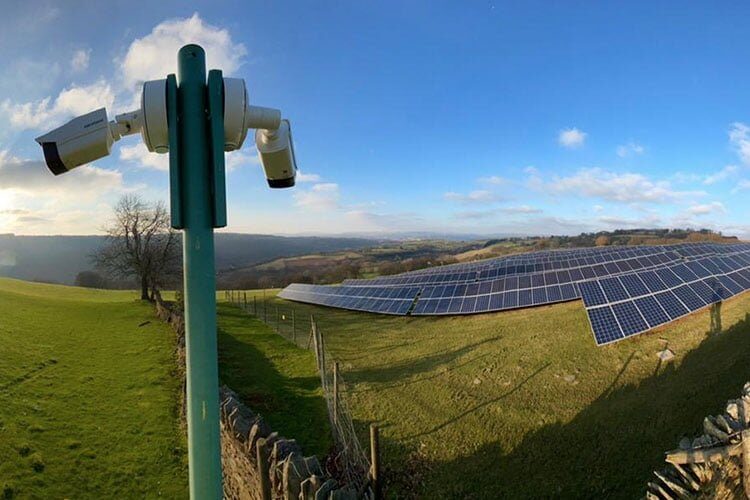 Find out more about how our expert solar farm CCTV specialists delivered on the operational objectives of our renewable energy O&M client. Full CCTV monitoring system upgrade and advanced analytics.